What Does the term “Rape Culture” and Everyone’s Invited Mean for my Child?

The first thing to say is that most children know an awful lot more about sex than we parents think they do. The second thing to say is that most children know a lot more about technology than we parents do. With most other aspects of life parents know more than their children so this digital explosion has left us behind and it is disconcerting when our children are streaks ahead of us. How can we keep them safe online if we don’t really understand the online world? How can we talk about the relative safety, or otherwise, of different apps if we don’t really understand them ourselves?

Young people can be a mystery to parents, and it works the other way round too and times are changing very, very fast. The one thing that isn’t realistic is forbidding a young person to use any sort of technology, to try to keep them safe and yet we know that a considerable amount of unhealthy, through to criminal, behaviour between young people happens through technology, but that isn’t the only way.

Babies start learning from the moment they are born and boys who grow up in homes where their fathers are rather dismissive of women and the mother is always submissive to the father grows up with an ingrained belief, whether consciously or not, that men are better than women and women have their place. The same is true for girls growing up in that environment. Now, of course, that doesn’t mean that that boy, or girl, as they go out into the world and becomes adults themselves and form their own views, continue those beliefs but it’s hard not to, when we live in a patriarchal society.

“Rape culture” is a spectrum of male behaviours, from an innate belief that men are better than women, through to those men who rape women, because they can, and there are an awful lot of behaviours inbetween.

There has been a lot of focus on schools this week, and the role they play. Of course their role is vital and we entrust our most precious children to their care, and quite rightly there is going to be a considerable amount of action in schools, but we, as parents, have the most important role to play.

Talk to your children about this phenomenon, this groundswell of victims of peer-on-peer abuse, as it is called, who have had enough of the covert and overt and sometimes criminal behaviour of men and boys. Look to yourselves first, as parents, not to blame yourselves but if we are going to help our children navigate such tricky waters we have to be honest about where we are on this spectrum. Have you, consciously or unconsciously made your son feel superior, or your daughter inferior? Be honest and open with your children and create an environment at home where boys can talk about these things, without  fear of judgement, explore their views and help them understand why we need to look at everyone as equal. It also doesn’t work telling your daughter not to photoshop her photos, or just dismissing her when she says she wants fillers or Botox, or her breasts aren’t the same size, or her bottom’s too small, telling her she is beautiful and to stop all this nonsense. Explore with her why she wants all these things. Where is it coming from? Encourage her to have those conversations with her girlfriends.

A lot of where the current damaging views about “the perfect woman” come stem from pornography. When you explain to young girls that it is thought this is where the anathema of girls having pubic hair comes from – so basically men fantasising about having sex with pre-pubescent girls – they are horrified. Pornography has become a huge problem because it is easily accessible and most boys now learn about sex through watching pornography online, long before they get anywhere near another human being. What they are watching is not real and some verges on criminal. Pornography is not about a loving, intimate relationship between two adults who care for and respect each other.

Simon Bailey, the national police lead for child protection, was quoted recently as saying “this explosion if fuelled by pornography. He also said “This could be the biggest explosion in sexual abuse since Jimmy Savile. It has the potential to be.”

It is just as hard for boys growing up as it is for girls and sometimes it’s easy to overlook that and focus this whole debate on women and girls.

For us parents, the one thing not to do is dismiss this, bury our heads in the sand and pretend it has nothing to do with us. Whether you think your child might be on the spectrum of unhealthy through to criminal behaviour, or you worry they might have been subjected to some form of abuse, have those conversations, having taken a long look in the mirror first.

It is also important to say that although the greatest problem is attitudes and behaviour of males towards females, it is not always that way round, and, although rape culture is about sexism and sexual violence there can be other forms of discrimination that form part of the views that individual holds, whether that be skin colour, ethnicity, gender, class, or anything else. It is an unattractive characteristic of many human beings that we feel better about ourselves if we feel superior to someone else. This too can be conscious or unconscious. These are all things for us, as parents, to examine about ourselves and then talk to our children about.

If I can end with some advice. I have spent my life striving to be like my mother, as a parent and as a human being, because she has been the greatest role model a child could have. So in difficult situations as a parent I have always said “What would Mum do?”. For all the times we tested her as a mother, with all the scrapes we got into as children and then young adults, the most she would ever say is “I see, Darling” and then help us navigate our way through the problem. I know what she would do in this situation, she would never judge and never react, whatever we had said to her. She would listen and explore but never, ever judge. Her grandchildren, who love her as much as her children do, call her Gary. So for all the parents out there, do what Gary would do. Open up those channels with your children, don’t judge them and never react more than “I see, Darling”. 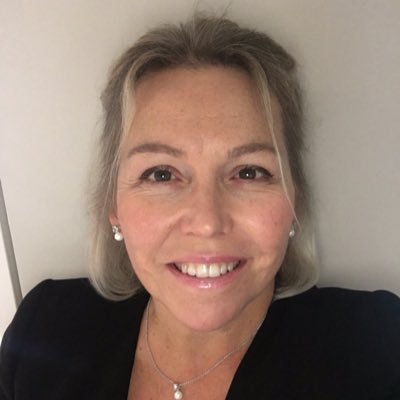 Joanna Nicolas
Joanna has worked in child protection and safeguarding for 28 years. She is a child protection social worker by profession and has spent the last 13 years working as a safeguarding consultant across a range of organisations. She is a Board member of Cafcass, a published author and a regular contributor to national media outlets. For more information see www.joannanicolas.co.uk